Quiet Loner is the pen-name of singer-songwriter Matt Hill.

Inspired by the storytelling traditions of folk and country music, Matt Hill is a songwriter with tales to tell. Combining skillful picking with lyrical wordplay, his albums have been praised for their emotional qualities, their honesty and the way they connect with the listener.

His debut album was a country heartbreaker voted Americana UK Album of the Year 2004. His second album Spectrology (2010) enlisted top British folk musicians Inge Thomson and Roy Dodds and got 4-star reviews from the likes of Uncut and The Daily Mirror and radio play from Gideon Coe on BBC6 Music.

His third ‘Greedy Magicians’ was an album of modern protest songs. This led to Hill being invited by Billy Bragg to perform on the Leftfield stage at 2013 Glastonbury Festival where he appeared in a songwriters circle alongside Bragg and Amanda Palmer.

In 2016 Hill was 'songwriter-in-residence' at the People's History Museum in Manchester, resulting in a touring show (and album) 'The Battle for the Ballot' telling the story of the fight for the right to vote. That show played in venues and festivals across the country and led to him being invited to showcase at the English Folk Expo.

As an artist Hill is always trying to find new ways to present his songs - he's sung on BBC1's Flog it and had a song used in a BBC Radio 4 history documentary. He's collaborated with artists and poets and even hung a song in a gallery. He's presented musical lectures and once co-wrote a musical about surveillance.

Matt Hill is passionate about the power songs have to engage our memories, emotions and to shift our focus to see things from a different perspective. He loves to work with people who would not otherwise be writing songs often using themes of social history or culture together with autobiography to create songs people will connect with.

g offenders units and in day care for people living with Alzheimer's. In 2018 he collaborated with people experiencing homelessness to create an album and live show.

Since 2014 Hill has been curator and organiser of The Defiance Sessions one of the few regular music nights in the UK dedicated to songwriting that has a political or conscientious aspect. In 2015 he was one of the five musicians who founded 'We Shall Overcome' an anti-austerity movement that aims to show support and solidarity with those in local communities hit by cuts, poverty and homelessness.

The wordplay is pure Costello. Delicate songwriting, with hints of folk and Americana. Bleakly beautiful.
UNCUT 4/5

Quiet Loner shows that you can turn feelings of anger and despair into warm and uplifting music. With a mix of humour, sadness and anger, he gets the tone spot-on. A superb album. Evoking an authentic spirit of English folk music.
PENNY BLACK MUSIC

I was knocked sideways. This isn’t your average ‘protest album’ as Matt Hill never gets angry and his voice is a soft and sweet as a wine gum. Possibly the most important record of the year
MAVERICK MAGAZINE 5/5

Hill is a canny story teller and although he is a Folk Singer at heart, he has a very contemporary style making these tales very listenable indeed. If Matt Hill never writes or sings another song ever again he can die a happy man for creating this masterpiece.
ROCKING MAGPIE MUSIC BLOG 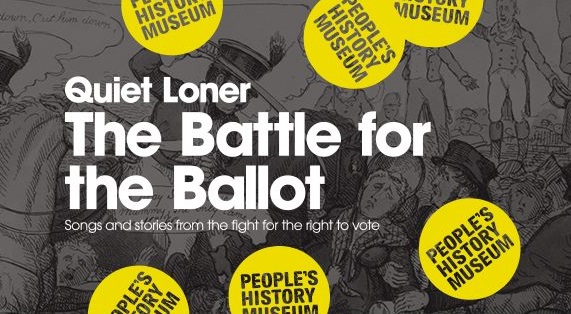